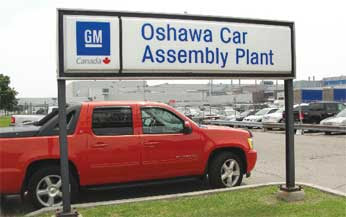 Two Oshawa-built vehicles are being cited as a reason for GM’s sales going up last month.
The automaker moved 24,653 vehicles last month, compared to a little more than 22,000 in August 2014, marking an increase of 12 per cent. To date, the sales for the year are up six per cent.
Last month, sales of the Chevrolet Equinox were up 23 per cent, while sales of the Cadillac XTS were up 85 per cent.
GM announced last month that it would be investing $12 million into Oshawa Assembly to help build more Equinoxes to meet customer demand.

Chilly Start to the New Year